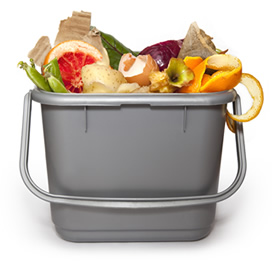 The UK throws away about £12bn of edible food each year and critics say confusing packaging is partly to blame.

The Department for Environment, Food and Rural Affairs says five million tonnes of edible food is discarded by UK households yearly, the equivalent of £680 for a household with children.   And recently The Government has announced their intention to scrap sell-by dates on food packaging in a drive to reduce food waste.  ‘Sell by dates‘ are going to be ditched to stop consumers throwing away food unnecessarily, packaging will now carry only ‘use by’ or ‘best before’ dates in a bid to cut the £12bn worth of food needlessly discarded every year.

New government advice says firms should include only ‘use-by’ or ‘best-before‘ dates and remove ‘sell-by’ and ‘display-until’ labels relating to stock control.
The advice states that ‘use by’ labels should only be used where the food could be unsafe to eat after that date, while ‘best before’ should indicate the product is no longer at its best but is still safe to consume. Foods likely to require a ‘use by’ date include soft cheese, smoked fish and ready meals while ‘best before’ date applies to biscuits, jams, pickles, crisps and tinned foods.

The idea is to end the food labelling confusion and make it clear once and for all when food is good and safe to eat.  There are products that have several dates on them: use by/ best before/ display until/sell by, which is not relevant at all by the time it’s sitting in your fridge.

There is, however, a concern that stopping of the practice could lead to less efficient stock rotation on supermarket shelves, higher prices and may, it is claimed, lead to more waste.

Environment Secretary Caroline Spelman said confusion over food labelling was responsible for an estimated £750m of the £12bn edible-food wastage each year.

“We want to end the food labelling confusion and make it clear once and for all when food is good and safe to eat,” she said.

The guidance issued by the Department for Environment, Food and Rural Affairs has been produced in consultation with supermarkets, food manufacturers, consumer groups, food law enforcement bodies and the Waste and Resources Action Programme (Wrap).

“This new guidance will give greater clarity to the food industry on which date mark should be used on their products while maintaining consumer protection.”

Will this change in legislation have an impact on how you purchase and consume food – are you one of those people who sticks religiously to the sell-by date?  The food in your fridge might look and smell fine, but if it’s a day out of date or even on the use-by day do you throw it straight in the bin!!   If so, you’re not alone as it is this growing obsession with perceived food freshness that is said to be behind Government plans to scrap best-before dates entirely.